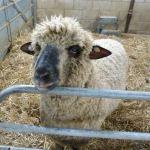 Diesel The Oxford Down Ram At Odds Farm Park

Family Day out favourite, Odds Farm Park, has recently welcomed the arrival of four new Oxford Down sheep – Diesel the ram and 3 ewes.

The Oxford Down breed originated in the 1830s after crossing Cotswold rams with Hampshire Down and Southdown ewes. Over the next 50 years the breed stabilised and, as many of the early flocks were centred around the town of Witney in Oxfordshire, the name Oxford Down was adopted.

The Oxford Down breed is considered a rare breed by the Rare Breed Survival Trust. They are registered as “Category 4, At Risk” which means there are less than 1500 breeding females registered in the UK. 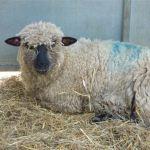 One Of The Oxford Down Ewes At Odds Farm Park

Oxford Down sheep are extremely woolly and visitors on a day out can now meet them in the large undercover Animal Barns.

Odds Farm Park is an award winning children’s farm providing an ideal family day out and is easily reached from North London, West London, London and Buckinghamshire. To visit the family days out website, visit www.oddsfarm.co.uk

This website uses cookies to improve your experience. We’ll assume you’re ok with this, but you can opt-out if you wish.AcceptRead more